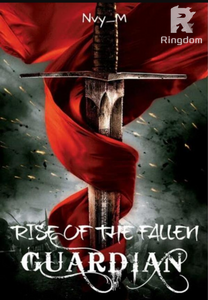 RISE OF THE FALLEN GUARDIAN

From the divine land will rise a soul
which is the mightiest of all
with a heart that can bring light
In the darkest of nights
But the fate of the land will change
when hearts betray each other
and darkeness will prevail
till the soul rise up from the fallen....

they were two souls who were miles apart from each other but they had a grave courage and dared to take a step which could have resulted in both their worlds end up in chaos. they believed in their love more than anything in their worlds and had challenged their on fate to bring it on. but was their decision something which was worth fighting for or did their fates had different stories to tell......

*It’s not the rebels that make trouble, but the trouble that makes the rebels*

Ava had slept off in her room listening to music. She suddenly woke up again having the visions of dying warriors. She never comprehended the meaning of these visions. She was going mad seeing the same visions repeatedly. Once she had consulted a psychiatris……