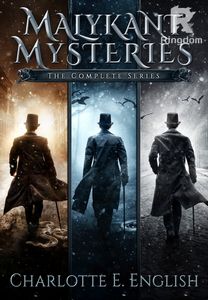 To catch a killer, send a monster.

There's a realm. Wreathed in ice and snow, drowning in the dark, Assevan needs a different kind of hero.

There's a god. Merciless and cold, and quick to anger, the Lord of the Dead insists upon one thing only: vengeance for a murdered soul.

And there's a man. A ruthless killer, Konrad is detective, judge and executioner in one. Dauntless, relentless, monstrous, he stands alone against the dark.

Meet the Malykant. Justice will be served.

For the first time, all twelve Konrad Savast murder mysteries are collected in one volume! This gigantic compendium includes:

DEATH'S AVENGER: The Corpse Thieves, The Spirit of Solstice, The House at Divoro and Snowbound

DEATH'S EXECUTIONER: The Zolin Conspiracy, The Tarasov Despite, The Malefic Curse and Shandral

Dive deep into Konrad's icy world. Binge the whole series in one volume.

Bakar House came equipped with one turret, a narrow tower with a domed roof attached to the building’s south-west corner. Konrad had always thought it a purposeless absurdity, situated as it was four storeys up, and it was too small to house most of the amenities one might prefer.