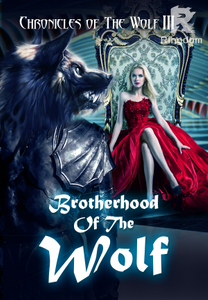 Chronicles of the Wolf III: Brotherhood of the wolf

Our favorite reverse werewolf has returned! This time he is on yet another world. Now being transported to yet another world by a star called Vega, Behemet learns about some creatures that the locals call werewolves. More importantly he finds out about something called the bray road beast.

Behemet studies prints from the supposed werewolves but has difficulty deciphering if it is indeed other Beghrest like him or if its simply another wolf from this planet. Searching for any signs of other Beghrest, Behemet stumbles upon two female warriors that are indeed Beghrest! But they are not happy to see Behemet, he is called the bringer of the Dragons!

What is worst is that Behemet finds out that this ragtag group of Beghrest is being governed by a Chieftress named Lady Bai, and she has her plans up her sleeves the creature that invaded Behemet's planet had sent her here to locate several different items that belonged to the Star Builders. Chief amongst them is something that was claimed to have been given to Kyzl eons ago by Methuselah. An item that Beghrest only knew as the Brotherhood.

Will Behemet stop Lady Bai from allowing the lizard who invaded his planet from crossing to this universe and causing even more destruction in his wake?

I stopped when I looked the murals again. I had looked at them……