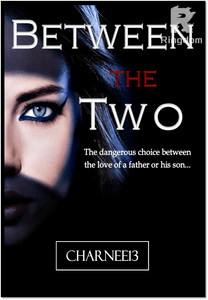 Between the Two [COMPLETE]

His hands found my face, forcing me to look into those beastly gray eyes, devouring me. “Now that I have you”--he rammed himself so deeply a pleasurable scream tore through me before I realized it--“you’re mine.”
“You shall have no other but me,” he ordered, his eyes frightening me. He kissed my lips forcefully, our bodies releasing to a shuddering climax.“I am your only salvation, Lilah.” Gray eyes glowered down at me. “Only I may have you, or else…”
I realized I’d awaken a new monster. A monster who lived, breathed, and now claimed me as his own.

Lilah never wanted to return to living with her psychopathic mother, especially now that she has been re-married to an overly controlling pastor who has a son with a bad boy persona. The last thing on her mind is being the perfect instant family. However, the domineering pastor with an eye of desire and the son with a puzzling charm, might prove deadlier to her mind and body than she’d have imagined. Good thing all she wants is to make her mother suffer the way she did almost two years before and the Graham men might be the best way to do that.

Hello, all you beautiful readers! I just wanted to take a moment and thank you all for supporting this story. I'm very gracious to you all for supporting me and to have been informed about this platform, sharing my stories with you all! I love writing and I also love hearing feedback and comments! They make my day =)

I also wanted to infor……