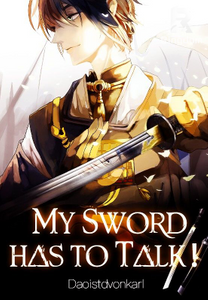 My Sword has to Talk!

Cursed weapons are created by the emotions of people who encountered monsters and demons. Fear, anger, regret, sadness, joy, and determination are the emotions that forge the power of cursed weapons. How is it possible? No one knows? But there is an answer, however it has yet to be found.

Marcus Scott is an anti-social otaku and gamer student. One day His grandfather, who came from overseas, brought multiple illegally bought antiques back home. One of these antiques was a Southeast Asian weapon, known as a Kampilan. But the sword was not just any ordinary antique, which was proven when a hellish creature invaded his house.

Marcus used the Kampilan to fight the beast, the Kampilan was able to communicate, and it gave Marcus superhuman abilities. Allowing Marcus to defeat the creature. But after killing the creature, Marcus instantly lost consciousness. When he woke up, he was now interrogated by a secret organization called Hunters. Later he was forced to join the organization to hunt these Mythical monsters that ordinary people thought only existed in Folklore.

Three days after the attack, everything has calm down. However, I was living back in the dorm where I lived before. I still cannot believe that I will be back here. For the same reason as before, my house was destroyed and is now under repair. Thanks a lot, Clint; however, something was not the same as before.