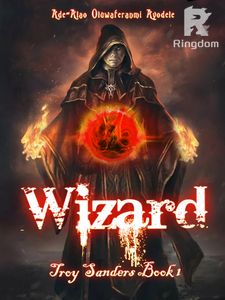 Seventeen-year old Troy Sanders had come to Firewalt to control his wizard powers, but what awaited him was more than a lesson in magic.

“Go ahead, I’ll catch up,” I finally said when I saw that she wasn't going to budge.

After she left, I quickly showered and began to get dressed; I’d learnt the hard way that promises couldn’t be broken to a female- hell hath no fury like a woman scorned, remember?

I was still putting on my shirt when I suddenly heard a really terrified scream; Vic’s. Throwing all caution to the wind, I ran out of the room and towards her, forgetting that I didn’t even have so much as a pen to fight off whatever had caused the scream.

But I skidded to a stop when I saw the cause of the terror. A dead body floated in the air, and it belonged to...

Troy's life had never been worse: he had failed his science project, about to fail an important assignment, and everything just seemed to work out as planned for him. But a ray of hope appeared when his grandfather, Blake Sanders, came back into his life to offer him the opportunity to go the prestigious Firewalt's school of magic and harness his power as a wizard like his ancestors before him. Troy agreed after some persuasion, but little could he have imagined of how much that step would change his life forever.

*This book is a first-person adventure action set in an urban magical world, delivered with a comical commentary that is bound to engage from the start to finish. Read and enjoy