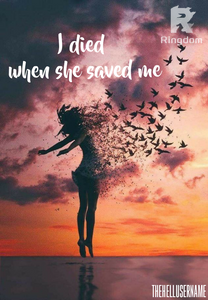 I Died When She Saved Me

Io Atkinson was in her 2nd year of taking the Doctor of Medicine program. One day, on her way to school, she saw an advertisement about an energy drink which claimed that if you drink a single bottle, your strength will be tripled. But aside from tripling the strength, the energy drink was also killing their brain cells, losing the capability to think of what’s wrong and what’s right. The people who drank a single bottle started acting like crazy, easily angered, killing people after people, robbing a bank in a broad daylight. Io Atkinson, on her way home from her part-time job, was caught by 3 guys who were under the influence of the energy drink. She runs, hides, and shouts for help but no one rescued her. She was raped by them then stabbed her 46 times that’s more than enough to bring her to the other life. She was reincarnated 3 years back but she thought that everything was only a dream. After 3 years, the man-made apocalypse was starting to make its appearance again and that’s when she only realize that it’s not a dream. She was again caught by the same 3 guys on her previous life and will do the same to her but this time Rylai, a professional female kickboxer who she stops from drinking the energy drink save her. With 3 other people, Io and Rylai work together in an attempt to save the world. Io tried not to fell in love with Rylai’s charms but failed. Just when the world was starting to come back to its normal state due to their life-risking efforts, Rylai, the sun of Io’s world suddenly starts missing.

Mr. Lincoln said as he entered the room where Io, Hart, and Savy were imprisoned. Mr. Lincoln gave them a wicked smile which failed to intimidate the three.

The three just glared at him and decided to just ignore whatever he will say.

“So, are you now going to spill your plan?’