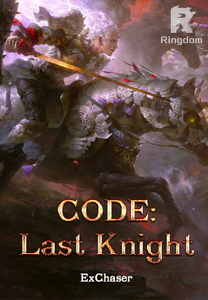 Zanis was the captain of the Knight Paladins, he and his fellow knight paladins were sent to defeat Xarkes the Demon God of Time.

It was an intense battle indeed but the most intense of them all was the fight between Zanis and Xarkes. They were both equally powerful but Zanis proves to be slightly powerful as he was the one who prevails at the end of the battle.

When the moment came to strike down Xarkes, he offers the brave hero an offer. Which is to resurrect his siblings that died in the war, would he accept the offer, Xarkes will be let free.

Of course, the foolish hero accepted it but he was quickly betrayed as Xarkes cast a powerful spell that sent Zanis into an unknown time.

The hero wakes up from the spell as he saw something rather unusual, flying metal objects, tall structure, and demons. He also saw a huge board that displays the number 5601.

A few days have passed as we’re still inside this house. At first, I was rather skeptical about this house's potential ability but I suppose it does make the guard's task to find us around the area hard.

The guards did walk past here several times but it seems like every time they did. They just can’t see the house ……