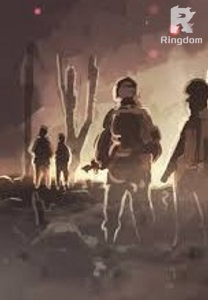 MIU (Mechanized Infantry Unit) Garuda Company is Assault Force which will use a lightning attack directly via atmospheric entry combined with Mecha as on the field combat assault vehicle.

Many wars will be done with the help of Mecha as the tool of war and effective vehicles which made the tank as obsolete as many mecha was mass-produced as the main battle vehicle in war.

The main character of this story will be following Aster who is a young teen who was forced into the army who has his heritage as a pilot family who has served for o centuries, due to circumstances he has chosen to leave from mechanized division as he goes to fight in the army.

With the sudden appearance of his lost loved one, he came back as a pilot to pursue the reason for her renegade action as the story progresses the fight that was supposed to be a war beeen plas and different species turned into a war for survival.

Looking at the Mech flying close the Black mech stopped on its path before lifting and aiming it at Oriel, firing the first shot Oriel managed to dodge the shot that was aimed at her which was just barely avoided as she getting closer at the Black mech.

(Close call, the shooter accuracy was dangerous and should continue&nb……