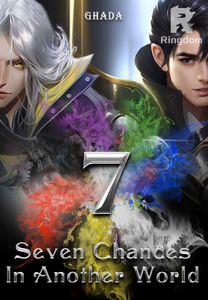 Seven Chances In Another World

Zain and his teammates meet on New Year’s Eve, 31 December 2019 in a small country called Tunisia. They gather to watch a horror movie but then get teleported into an alternate universe supervised by six angels. Now they have to find their way out, not only to save themselves, but also save the world from the invasion of demons...

“You know what you did.”
The black-haired shut his eyelids as the guards shackled his limbs.
“Any last wishes?”
“Yeah…”
The black-haired opened his eyes, their red filled with hatred and contempt.
“Drop dead.”
“Enough. Kill him.”
The black-haired was pushed into a large water tank before lightning flashed inside. The black-haired didn’t struggle. He felt his consciousness fading.
This isn’t so bad.
Dying like this…
Isn’t so bad…
I hope hell isn’t too hot…
“The number is complete.”
A voice sent shivers down his spine, or perhaps it was the freezing water.
“You are the last one.”
A blinding light engulfed him. He tilted his head to the side to see everything around him tumbling down.
“Game Start.”

This story is updated weekly, every Thursday according to the Coordinated Universal Time +1 ‎(UTC+1).

David laid on the snow, gazing ahead blankly.

Harun grabbed his collar. “Talk to me… Why are you silent?”

“It doesn’t matter.” Daniel forced him to stand and dragged him inside the house. He pushed him to the ground in front of the others as soon as they got to the living room. “You broke the rules. A useless parasite like you mu……