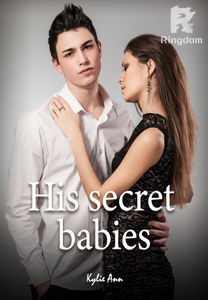 Camelia Olson, and her best friend Brenda, are in college for interior designing.

One or both of their lives are about to change.

Camelia, is a straight A student the valictorian of her class, on her way to the stage, she trips and falls flat on her face.
When she looks up to see who is helping her.

Camelia can not believe that their is such a good looking guy who is staring down at her.

Camelia never got his name or anything as she was embarrassed by what happen.

Camelia also was so memorized by his beautiful grey eyes that she almost forgot to thank him.

She then thanked him for helping her.

Camelia then ran off to get her diploma.

Camelia, thought she would never see him again, but she was so wrong..

Camelia and Brenda, went on a dream vacation after they graduated, can you guess who she ran into, or should I say who saved her again?

Did you guess Mr. Grey eyes.

I can not believe I had a drunken one nightstand, with the hottest stranger ever...

Now 3 months later, I got my dream job and moved to LA

I also got another surprise.. Ugh can you guess what it is.

Yes you guessed it the one night stand gave me a present actually two, yup I'm pregnant with twins...

I called my best friend Brenda and told her the news, she is just as surprised and freaked out as I am.

At first she thought I was playing a joke on her, I wish this was a joke or a bad dream, please let me wake up and this all be a bad dream...

But nope this is my life now and soon I can add mother of two to my resume.

So now that we're all done crying, the guy's, decided it was time to soak us.

They planned out their attack. They even had the little one's in on it.

We are still sitting by the pool, when all the little one's, started to running at us with squirt gun's.

They were laughing, as they sprayed us. Then water ba……