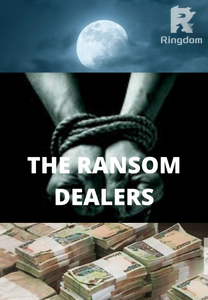 From the abduction of Chioma on her way to Abuja, to Dele and Abdul who organize bank scams, to the beautiful Zahra who sets up rich men to be kidnapped, to Zainab who was taken along with over two hundred girls by Boko Haram, to Aisha who was forced into crime to escape persecution for the murder of her husband and finally ASP Sani, the special forensic detective with a knack for solving impossible kidnappings and crimes, whose only weakness were pretty ladies.

News of crime in Nigeria was as normal as the weather forecasts. Kidnappings, banditry and terrorism have almost become a registered business in the oil rich African country.

During the investigations, ASP Sani accidentally meets Zahra, the most beautiful girl he has ever seen in his life. Zahra was part of a very smart and ingenious kidnapping syndicate. She proves to be a very clever and manipulative lady, and at first the detective did not suspect her.

As time went by however, ASP Sani started to suspect Zahra's movements, the strange people she met and her unexplained disappearances.

But by then he had gone too far in a dangerous, lust-filled love affair with her...

The Ransom Dealers is a boiling, sizzling and hot book that you can't afford to miss!

Abdul was tense. He sat in his cubicle, waiting for what he knew was about to happen. Today was D-day, and the carefully planned operation that was to make them twenty million naira richer, was now in the laps of the gods.

He and Dele have crossed all the t's and dotted all the i's. With an operation that entailed such high risk and……