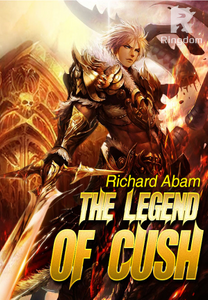 The Legend of Cush

The legend of Cush is an unusual imaginative narrative that alternate between the supernatural and the natural worlds creating an interaction of romance, family ties and conflict. It is the story of the ages where gods, existing only in the figment of men's imagination sort to control the will of humans and the clash of interests that inevitably follows.
As in the case of the protagonist, Cush's interaction with the gods was not by his own making or design, but it was a matter of fate and in the process got entangled in the wars of the gods, pitting him against fierce gods in battles. After his wars his rest was in the arms of the goddess of immortality, Ida, conflicting with the interest of his mentor, the great Guardian god of Abyssinia, whose opposition to their marriage resulted in a deadly combat where Cush's victory, though in death, was the freeing of his people from the tyranny of the gods.

Cush’s immortal son was now on the scene of the fight, having given his father a double advantage by distracting the monster; he unsheathed his sword and waited on the sidelines as if fate informed him of his role in the duel of god and man. Cush's strength is waning, and ……