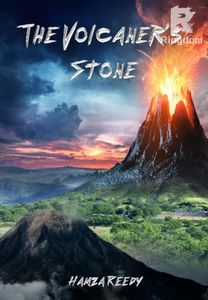 The Volcaner's Stone: The First and Early season

A great, giant Volcano, rests in the forest of Khagbat. Yet it is not like others, the magma is stuck. The volcano can and shall erupt, still, its magma does not touch the ground. This led a village to rise under the volcano's magma. Their origin is a mystery that will soon be revealed.

However, their sky started collapsing. Thus, making almost half of the village start digging in the volcano's walls, hoping to find a new home. While others, refuse to abandon their home.
Finally, they do get out into a new world, different than ours.

The journey we take is not one sided, but rather through many perspectives. We shall discover the world with our characters. We will see them develop and discover their and their world's hidden secrets. None of the characters are safe. Not even the main characters.

A book of adventure, secrets, wars, drama, kingdoms and hidden nations.
A book narrating the history of what happened in the 'known world'.
A book about new, fantasy lands.
A book of wars and mysteries.

The book "The Volcaner's Stone: The First and Early seasons"

Caelum rode back to the castle. He went directly to his room. On the bed was his wife, Lareen. Sleeping in peace.

He took off his clothes and sat on the side of the bed, beside his beloved wife. His face went dark like his soul was sucked from his body.

Lareen felt his presence, she woke up an……