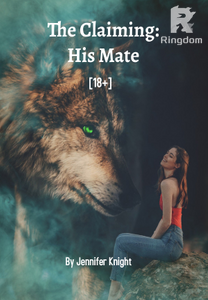 The Claiming : His Mate

Rafael is not a next-door Alpha, but the most feared and powerful Alpha of his time, desired by all female. Being a playboy, he is not ready to have a mate.
Elsa is the next door common werewolf who believes one day she will finally meet her mate. She is saving herself for her mate.
But time has changed... It is next to impossible to find a mate with a decrease in the werewolf population and the growing distance beeen packs. The elders have finally found a solution: The claiming.
Rafael takes it all as a game. Elsa is looking for her mate! What happens when they meet? Will Rafael change his ways for Elsa? Will Elsa accept someone who does not want to have a mate?

The whole room was filled with the most exquisite scent. A virgin's arousal. How was this even possible? The male wolves were anxious to know who it was. Everyone wanted to be the one to claim the virgin.

Rafael's eyes darkened with lust. This claimed, he needed to claim the virgin. It's been quite a long time being someone's first for him. But this was not going to be his first time being around a virgin who was aroused. So why was he feeling so impatient and attracted to her? The pull was so strong that he could hardly breathe without touching her. He needed this woman. He will start a war if he needed to, but she was going to be only his.

Elsa cursed herself. How could she get wet in a room full of unmated hungry wolves? This time she might not escape her fate. It looked as if it was sealed. One of them was going to claim her right then and there itself if she does not make a quick escape. She broke her eye contact with Rafael and made a run.

Elsa was scared. She could not sleep properly. She kept tossing and turning for the entire night. Every time she fell asleep, she would have a dream. It was not of the oblivion anymore. It was replaced by the beast. The beast looked far scarier and dangerous. The dream was never the same. Sometimes it would appear right in front of her and scare……