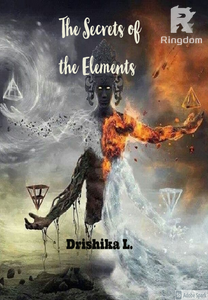 The Secrets of the Elements

Tej's life is about to change. It was his curiosity that led him to discover a book which held unparalleled powers.

Tej soon learns that the book was but the product of a century-old prophecy which predicted that five chosen individuals, he and his four friends, would have the fate of their entire race resting in their hands.
Tej and his friends Advika, Ray, Maya, and Zarna, must learn to harness their powers and grow into their role as The Elements, before the Evil King, Azazel, and his army, succeed in gaining the unmatched potential of the book and destroy them and the human race.

Tej has stepped into the Circle of Oath, and he knows that now there is no turning back. It is either his victory or his death.

Join Tej and his friends on their journey as they navigate a world brimming with magic, prophecies, deceit, unlikely friendship and love.

Zarna took in the fresh air and spread her arms. "Guys, we landed on the beach again," she said.

Tej rushed towards Advika. "You're bleeding," he said as he touched her knee. Advika removed a band-aid from her jeans pocket. Tej immediately took it from her and helped her with it.

"Thankfully, you chose to wear shorts to……