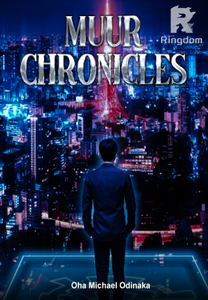 After his failed attempt at using his position as the Muurian King to subvert order, and gain access to the Elder Chamber of the Odena, Bonadi was banished and expelled from Muurland. In his stead, the wife became the Queen of the Muurs, a highly advanced empire.

Disgraced, he retired to a secluded life where he dedicated his time to his ultra-advanced technological designs and scientific experiments, also selling some to earn money in the process. He also made an alliance with an enemy of the Muurians, an alliance that will end up almost causing the destruction of an entire race.

Things took a different turn when his children with the Queen successfully completed a powerful forbidden magic from the Muuragi on one of the inhabitants of Duria(earth). Unknown to the children, the father has been secretly attempting same dark ritual for years, but all proved unsuccessful ( Bonadi is one of the best scientist's in Muurian history).

Things took a dark turn when he got knowledge of this information after escaping from a place called Ramod where his last experiment unintentionally took him to.

His machinations with his old friend and a former spy operative, helped him trace the Durian whom the dark forbidden magic was performed on. Their plan to capture, contain and control the Durian (who doesn't really know the full extent of what was done to him) was met with stiff opposition from the Amarandubi, the top spy agency of the Muurs. The agency had gotten knowledge of the said ritual after the Durian unknowingly destroyed a big neighborhood in a town called Owerri, thereby releasing a traceable energy signature.

Whilst the Amarandubi canvassed through the country and accross planets looking for the Durian, a disgruntled nation (Nolnad) who felt cheated out of a powerful source of energy deal, unleashed an assault on the capital city of the Muurians called Marrialu. The main target was to obtain the powerful energy Orbs from the Elder Chambers for themselves.

"Hey Madina, I'm getting some sort of disturbances in our asport link's along the Marrialu River axis." One of the personnel at the UAA centers told one of his colleague's as they sat in their work station monitoring a lot of asport link's across traveling channel's within the area. Due to the earlier encounters Linagu experienced, he……