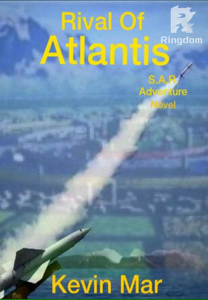 In a world where the dominance of males in every field and females are merely subjects for sexist thoughts specially when depicted in movies or stories, Gillian Brown, a Special Projects Team Leader of SAR, is bound to prove everybody wrong.

Gillian and her friend, Summer, were new recruits of the newly formed SAR under the UNESCO wing, and were sent to Costa Rica along with a team of scientist to track down what really caused the sudden extinction of Golden Toad that was last seen on May 9, 1989. Unknown to Gil, her debut as a SAR scientist will intertwine her into a shadow group of people who have spent years in planning to bring havoc to the world.

From the science field, Gil will be forced to be something else as she and her team race against faceless men to save the world.

THE SIGHT OF A fleet of vehicles belonging to the police forces can incite many feelings depending on who are looking at them. A criminal may feel he have been boxed while an ordinary individual may think something is wrong. After the rented pick up have been waved through the gate by the guards, the sight of five cars from the Puerza Pub……