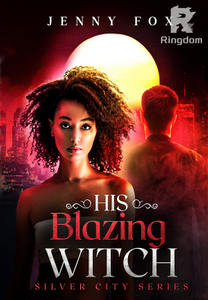 She is no one.
When Mara wakes up, she has no memories of her past or the crime they all accuse her of. With a ravaged body she’s unfamiliar with, and no clues about her past self, Mara needs to find answers, fast. Silver City is torn between humans and werewolves, but Mara isn't either of those. Mara is a Fire Witch, fierce, strong, and maybe too dangerous.

Soon enough, more arsons happen all over the City, and because of her growing power, Mara has to run. Troubled by the darkness of a witch's world, she doubts herself. Is she really guilty? Hunted by both sides, Mara has to find the only man who can help her prove her innocence: Liam Black, the Witch Hunter...

Silver City.
A Megalopolis with around one hundred thousand inhabitants. Despite being rather modern, it's unique geographic location makes it rather isolated from any other big cities, as it's surrounded by a forest in the east, and the sea on the west. Its most unique feature, however, is probably one-third of its population being werewolve……