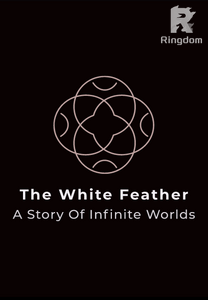 The White Feather- A story of infinite worlds

When the world is sick with the plague of criminal syndicates and terrorism, a breakthrough invention in the field of science changes it all. Scientists have found a way to treat time like an object rather than a dimension. Years of extreme hard work follows the invention and leads to the making of a secret government funded agency called ‘The White Feather’ which has a sole aim of wiping out crime from the world.
The story is based on the time travelers and the complications of time travel. It starts with Thomas White, an agent whose physical age is hardly thirty years, but he has lived for almost one hundred and seventy five years. The experience that he has earned has made him a killing machine. He is the oldest agent in the White Feather and is currently on a mission to take down an underground gang in the imaginary city of Redland.
Within days of his arrival, he knows that this is going to be the toughest mission in his fifteen decade long career. His enemy is a barbarian who killed forty three people in a single night with a shotgun and a hammer. He is clever and gets his face altered every month. There are always four highly trained guards surrounding him. Thomas gets to him with some assistance and then the ultimate suspense is revealed.
Join me on the ultimate journey filled with humor, violence, love, betrayal and time travel.

As the jeep stopped outside the gate of the mansion, Gabriel and Olivia’s heartbeat went up a notch. Zara was still shivering with excitement, so Gabriel finally decided to ‘treat’ her.

Gabriel grabbed Zara’s head from behind and choked her. She waved her hands around, almost hoping to fly away from the trap, but her movement faded with ti……