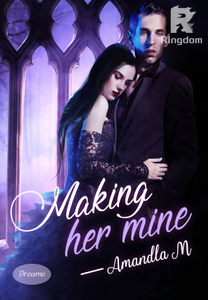 Valerian made a disapproving noise and dragged my thighs towards him, pressing his generous erection into me.

"Say it again Acatarii," he teased.
He pressed hot wet kisses to my neck and I clenched my eyes shut, trying to ignore the little flames of heat he left on my skin.

"Say you don't want any of this and I'll let you go,for good"he declared.
He peered at me through his eyelashes and I bit my lip lustfully, wondering why the devil's spawn was so hot.
His tone was as serious as always and I stared at my fingers, thinking of a comeback.

"I uh I want.." I trailed off,distracted at how Valerian kept sucking on a particular spot on my neck.

"You want me Acatarii. You want me so bad it's eating you alive like cancer. Let's just put ourselves out of our goddamn miseries" he rasped against that spot he was sucking on,before blowing air on it.

Honestly I tried to hold back my moan but I threw my head back and let out a throaty moan,my panties slick and wet with my arousal.
He inhaled slowly, his jaw ticking as he struggled to control himself.
"You're mine!" He declared arrogantly and smashed his lips down on mine
★★★★★
When Nick starts bothering Valerian about a prospect of a second chance mate, he only concluded that she would be fit to carry his babies, not his heart.
What happens when the broken heart meets the lovely Apryl?
Will he let her in or break her already broken soul?
Or would he focus on her shady boyfriend that will wreak havoc unto their lives for a long time?

I groaned as I rolled on my belly, trying to find a nice spot to sleep.

I was supposed to be travelling back to Norway in two days to be with Valerian's other clone because I hadn't been at the Clan since before my wedding.