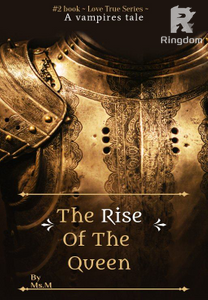 The Rise Of The Queen

Raven Villarreal is the princess and daughter of king Dominic. He is the king of the royal clan of vampires and they live together in New Orleans.
Some clans make war, some fight, others choose to ignore.
Dominic and his father before him had a different view on how to handle conflict.
Women.
They sold the women of their Clan to other Clans in order to prevent war.
Raven, being the princess, was always safe. However, she did everything in her power to save the ones being sold off.
What happens when the confident princess who never bows her head to anybody is being told to marry another, more powerful vampire?
More to the point, what happens when she says no?

”You’re brother wants war.” My father looked at Alexander.
” Wait what?” I nearly yelled. Why did he want war?
”Raven.” My father warned with a voice full of hatred.
” Yes. My brother wants war. No with you but with another clan. Unless of course, we can come to some sort of a benefiting agreement. When he succeeds in taking over the clan, you're next.”
Alexander said with absolute calm.

”Well we have solutions for those sorts of things.” My father spoke and I knew what he meant. The ’solutions’ were innocent women.
” Yes, I'm aware of you're solutions however my brother is not interested.”
”What do you mean he’s not interested? Then what was the point of this meeting?” My fathers' patience was running thin.
” He isn’t interested in just a woman, we have those, plenty of them actually. He wants one particular woman.” Alexander said as he turned his head towards me.
Dream on jackass.
” Ha wants her.”

I was wearing a dress that felt more like a second skin. Indigo blue with a golden sweetheart neckline. A blue emerlad neckalce was the centerpiece, hanging perfectly against my chest. My hair had been done in a braided updo, with clips holding it back, red roses paitning the clips, symbolozing my mother.