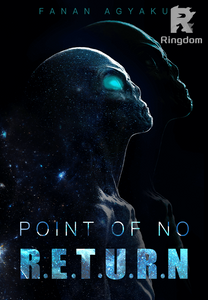 Point of no Return

Tile, an aspiring business consultant believes he has been hexed in his family based on witchcraft. Having tried his hands on several deals to have a breakthrough in his career without success, he decides there must be something happening to him more than meets the eye. Although he is naturally atheistic, albeit a Christian background, his friend Kennedy talks him into confirming that he is indeed under some spiritual curse that has been responsible for his perpetual retrogression. Having convinced Tile sufficiently, Kennedy introduces him to a witch-doctor who performs a soothsaying exercise and confirms Tile’s initial fears. The traditional priest begins a seven day ritual for Tile, which he is required to adhere strictly to. During the ritual, Tile encounters an apparition in his room as one of the signs he was told he’d see to confirm that the ritual is indeed working. However, he is also told that on the seventh day; the last day of the ritual, he would see a big signal for his breakthrough. On the seventh day, Tile’s neighbor, Jennifer, his long time crush, comes in to his apartment to offer a big opportunity to open the doors of breakthrough for him. She also suggests that they marry as soon as things get better for Tile. But this invitation becomes a dilemma for him. The very midnight he is about to complete his ritual, is the same time he is to have his life-changing meeting. But as he meets the witch-doctor, the old man alleys his fears. He hands him a portkey and a few potions. After his meeting by midnight, he is to step out and find a secret place from which he’d travel by portkey to deliver those potions into a grave and a sea. He follows the instructions diligently but one misstep and Tile finds himself in another world beyond earth, at a time when things seemed to be turning around for him on earth. Would he find his way back to earth, or he would just accept his fate as being rendered to a point of no return?

Uzira sat on her throne looking at the screens. As much as she could not hear any sound, she had seen Tile kiss the female eartiling. Now she looked on as they strolled together like two love doves towards the entrance of the Cretѐ. Uzira fumed in anger, but resolved to control herself so as to gi……