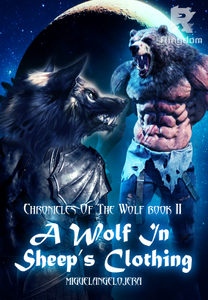 Chronicles of the Wolf Book II: A Wolf in Sheep's clothing

After an intense journey across the moon called Rho, Behemet finds himself on another planet. A totally different world with a devastating truth, now Behemet journeys to continue to forge his destiny. Continuing from where the story last took place, Behemet and his sidekick Walker appear in a totally dark planet, completely void of all light. But as they search through the dark world Walker immediately recognizes this planet as his home world of Saffar. The dark part world that Walker had only heard legends of, a place rampant with creatures he knew as shades.

The Duo quickly learn a devastating truth, there is a group calling themselves the storm bringers and they have the Legendary Mask of Damus, but that is not all the group have sought their sights on an even more deadly legendary weapon called the Red Dawn. The duo must now journey to stop the group, but Behemet cannot just walk around the way he is on this planet.

Behemet must mask his appearance and appear as a true Wolf in Sheep's clothing, appearing as a member of Walker's own race and so a new type of creature is born the reverse werewolf a wolf pretending to be a man! Join Behemet as he continues to forge his destiny and his eventual confrontation of the evil who had destroyed his planet.

A young woman with short platinum blonde hair looked out of a window. She had a beautiful blue dress on with an obvious pregnant belly that could be seen under her blue dress. Her blue dress sparkled beautifully, and it fit her well despite the bulge of her child. She absentmindedly watched through a window, sh……