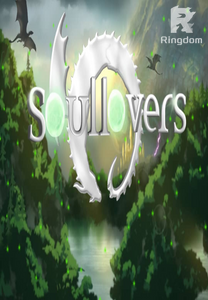 Many Billions of years ago before the Humanes, Inhumanes, Beast, Giants, Nymphs and many other existence of life. A Great war occured before the world was ever created, between A Divine being and the Destroyer of the world.

After the war. The Divine being sealed the defeated Destroyer, trapping it forever into the bottomless hole in a far away world were the Dragons were once the rulers with their sole enemies the Immortals. After sealing the Destroyer in their world the weakened Divine being promised to come back whenever the Destroyer releases itself before fading away.

This leads us to a Billion years after when the Dragons were hibernating and the immortals were no were to be seen again, a new existence arise, in it was an orphaned traveler, ironically even before he was born, he is the sole purpose of the destruction of the world who will be used by the Destroyer now called the Beast in the bottomless hole. Strangely the traveler was emotionally connected to a Princess having strongly felt it in their Souls through their hearts, whom along side with the traveler by prophecy will fight the Beast in the bottomless hole for hundred days.

Will they win or will things turn around?

There were eighteen of them standing if one should count with the alphabetical markings writing on each part of the body excluding the bounty collector, two out of them glowed; one in gold and the other in white under the skies slowly filled with thick, dark clouds.

“I think those people are definitely against us.” Dante said in a l……