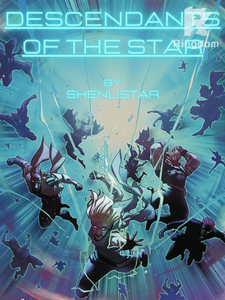 Descendants of the Star

Humans always think the universe is unlimited after the new beginning beg, they finally know the truth that there are only 7 universes.
After awakening through the new beginning, humanity understands that they are only worthless creatures, who must obey the creator who started it all.
In the fourth universe, there is a large core that is the source of all life, ide the core, there is solid energy that is formed by itself and conta various types of forces such as heat, cold, space, force, and others. The creature there called it Starsoul.
Using Starsoul they began the step of becoming a cultivator.
Shenli, a woman who had completed the treasure tower in a project called the new beginning that is being carried out by all humanity,.rewarded with a new project called transmigration.
She was given the opportunity to enter the fourth universe filled with intelligent beasts that started from animals. before she began, she was told the truth about the fourth universe.
She began a new step in the world with an open mind for new things She would encounter


PS : I am a rookie writer and translator, I come from a small town from a developing country, I don't have any experience in writing, if there are some words that don't match, please help me with comments on the chapter.
this is my second novel, and I expect very much from this story