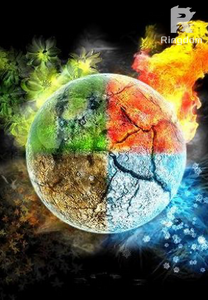 After a career-ending injury former NFL Linebacker Jarris Sands finds himself laid up at home with little to do except play video games. His friends and family all abandoned him when they realized he could be be their meal ticket anymore. Now, all he has is his money and the memories of past glories. When a new full immersion MMORPG Full Caliber comes out on the market Jarris is sent a copy and all the gear needed to play. But, he doesn't know why or from who. Since MMORPG’s are not his thing since most require social interaction which he hasn't found especially appealing since his injuries and the abandonment that followed. But, he decides to give it a shot. Once he sets up the gear and logs in for the first time he is given a unique option called Total Choice which allows him to build a unique character from the ground up. Little does he know that this option was only offered to thirteen people and that once he entered the game he would be set on a path that would allow him to become a god-class character of the Full Caliber world. But, he is playing no game because as soon as Jarris decides to hit start he dies in the real world and he is transferred into the very real world of Full Caliber. Where his choices will decide the fates of billions. Will he be a divine savior or a cold bloodied overlord?

Jarris takes another drink from his canteen as he watches the five lawkeepers talk to Timothy. The head of Dutton Farm looks like he would rather be swimming naked with a school of reaper fish. Jarris doesn't much blame him since his arrival in Northforge, he has watched the festering corruption that infected every aspect of life in this city. T……