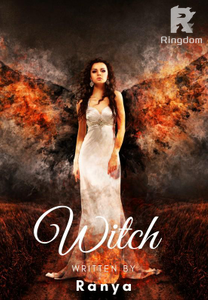 Sybil was born during Red Full Moon and brought to this world already able to use her magical powers. They feared that child will be easy to influence so they decided to seal her powers right after she was born.

Sybil is gaining back her powers one by one and she studied and learned by herself. Soon she realized that this dying world she lives in is strange. It doesn't work as it should and some people are way too strange to be trusted. As she grew older she finds the support in a strange red-haired woman who claimed to tell her the truth about her dying world.

But did she really told her the truth?
Are things really like as she said?

By time Sybil collected the pieces of the puzzles yet she still could not place them in the correct order. When she finally uncovers the painful truth about why her world is dying and the way how to save it, she is left only with two options.
She could either give up and sacrifice herself to give more time to those who live now or she could destroy everything and collect the rest of the life left in this world to rebuild it new. But that would mean to sacrifice everyone. Which option she will choose?

Sybil didn’t know how many days, weeks, months or maybe years had passed since the day she saw her sisters, her friends for the last time. Sybil did exactly as she promised to them. The world was blooming with the life once again and many people were walking at the surface the same as it was long, long time ago.